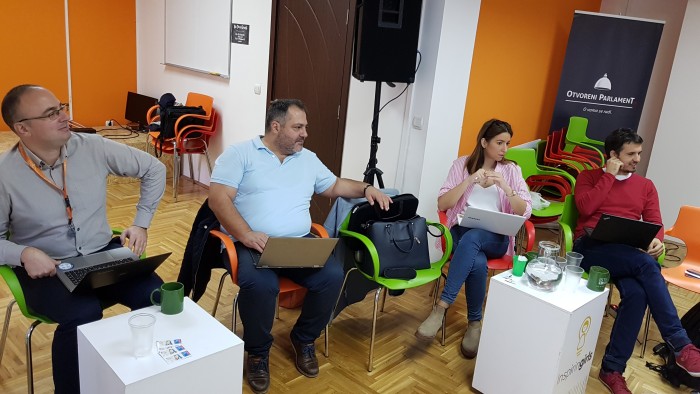 The ACTION SEE – Accountability, Technology and Institutional Openness Network in Southeastern Europe project partners held a meeting on 16 October 2017, at the premises of CRTA – Belgrade. The meeting was attended by representatives of Metamorphosis Foundation, which is also the project coordinator, as well as representatives of the partner organizations – Westminster Foundation for Democracy from Great Britain, Citizens Association Why not? from Bosnia and Herzegovina, Center for Democratic Transition from Montenegro and CRTA – Center for Research, Transparency and Accountability from Serbia.

The project aims to increase the inclusion of civic society and media organisations in decision making processes and the creation of public opinion and policies, as well as to raise the capacity of civic societies to address sensitive issues.

Several new measuring indicators were reviewed and agreed upon, with the aim to advance the situations and raise the level of effectiveness on the part of the monitored institutions (state institutions, Parliament, local self-governments, judiciary, etc.).

This project is implemented with the financial support of the European Union.