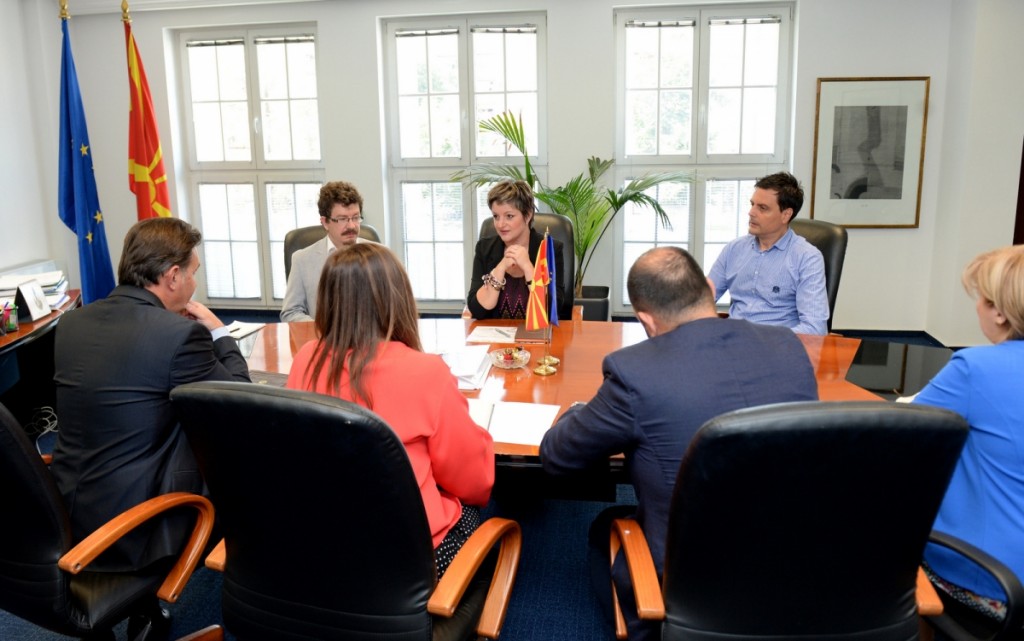 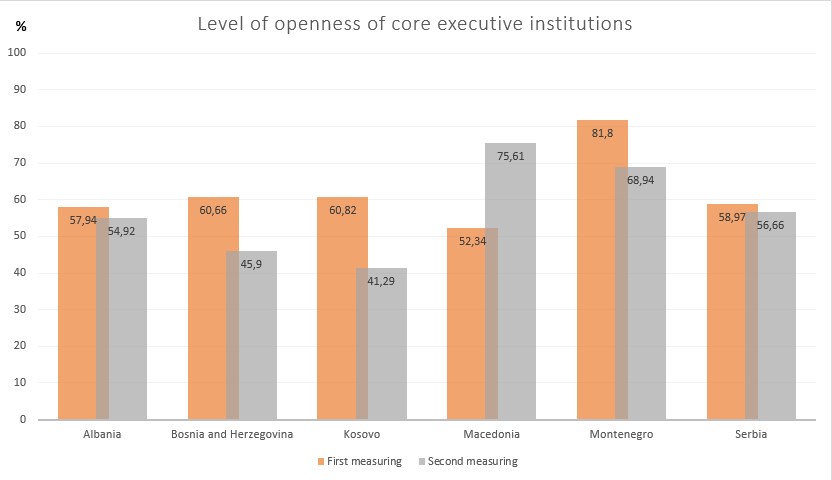 According to the latest survey, the Government of Macedonia has a score of 75.61% under the Openness Index, which is the highest percentage in the region and represents 23.27% increase in comparison with the past period. The survey was conducted under the Openness Index, designed by a unique Monitoring Methodology that satisfies the needs of and recommendations for the Western Balkans countries.

This survey on openness, accountability and transparency of institutions in Macedonia and 5 countries in the region was conducted between December 2017 and late February 2018.

As regards the first survey, the Government held the last place with a score of only 52.34% in 2016.

The Openness Index is a composite indicator that determines the openness level of Western Balkans governments toward citizens and society, and has been created in order to define the extent to which Western Balkans citizens receive opportune and understandable information from the institutions.

International standards, recommendations given in multiple EU reports on countries in the region as well as good practices examples were followed during the measuring of the level of institutional openness. The institutions were assessed by using specific quantitative and qualitative indicators, such as: access to information on institutions’ official websites, legal framework’s quality in individual cases, other sources of public informing, published data regarding the work of institutions, public procurements, information on spending of public money, etc.

– The results from the measuring of the institutional openness within the ACTION SEE project show that the recommendations in last year’s report have been found useful by the institutions and some of them have been implemented. Proof of that is the progress noted by all countries in the region covered by the project regarding the level of institutional openness. I’m especially happy because Macedonia does not hold the last place in the region and that we have the most open government. The Openness Index also demonstrates that we are still lagging behind the EU member states a great deal and we have a lot to do in order to reach that level. Our role as an NGO is to monitor the process, give recommendations and engage ourselves in the overcoming of challenges related to state institutions’ openness – said Bardhyl Jashari, executive director of Metamorphosis Foundation for Internet and Society and ACTION SEE project manager.

According to Liljana Pecova – Ilieska, ACTION SEE project coordinator, the general image we got via the Index is that we have noted a certain progress regarding the institutions in terms of the executive power, however, the level of openness of the judiciary as well as the local authorities has plunged.

– We are far away from a complete progress based on accountability and integrity. We will continue asking the institutions to implement the pledges on transparency and it is important that the monitoring will enter into phase three from December 2018 until late February 2019. In the upcoming period, the results will be presented to all stakeholders and good governance recommendations will be distributed by defining specific actions that have to be undertaken by the institutions – Pecova – Ilieska said.

The survey was conducted within the ACTION SEE – Accountability, Technology and Institutional Openness Network in SEE project, with the support of the European Union, implemented by Metamorphosis Foundation in partnership with regional NGOs.