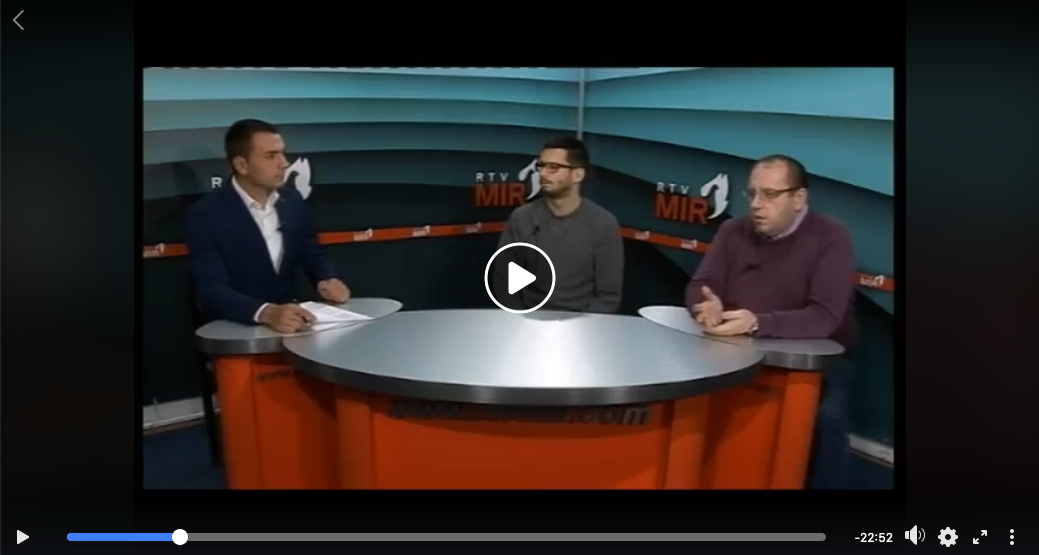 The TV show was recorded in cooperation with RTV Mir from Leposavic and was broadcast on this television which covers the region of northern Kosovo with about 60,000 citizens. It was planned that some of the guests would be representatives of the authorities, but for some reasons, no one of them accepted to participate in the show. The show was recorded and the interviewees were Andrija Nesovic, project coordinator of “AUK Media Pulse” and Dusan Radakovic, executive director of the “Advocacy Center for Democratic Culture” in northern Mitrovica. Participants of the show spoke about transparency in municipalities in northern Kosovo, about the problems that exist and how to solve them. It is evident that the situation is similar in all four municipalities and that the institutions are not open enough for cooperation. What is also obvious is that citizens are not interested in participating in the work and monitoring of institutions in their community.

You can watch the video here